Have you ever noticed a brown sticky substance on your parts when you opened a hydraulic component ?
This is varnish.

Varnish is an inevitable byproduct of many degradation processes in hydraulic systems. It is caused by the the buildup of insoluble soft contaminant oxidation byproducts. These oxidation byproducts are caused by a combination of water, heat and oxygen. One of the main culprits of this oxidation is excessive heat. The heat is caused by static discharge which occurs throughout the entire hydraulic system, causing the formation of varnish. This static discharge causes very hot sparks which create hot spots in the system, which cooks the oil temporarily, degrading the oil, facilitating it’s decomposition and forming byproducts. 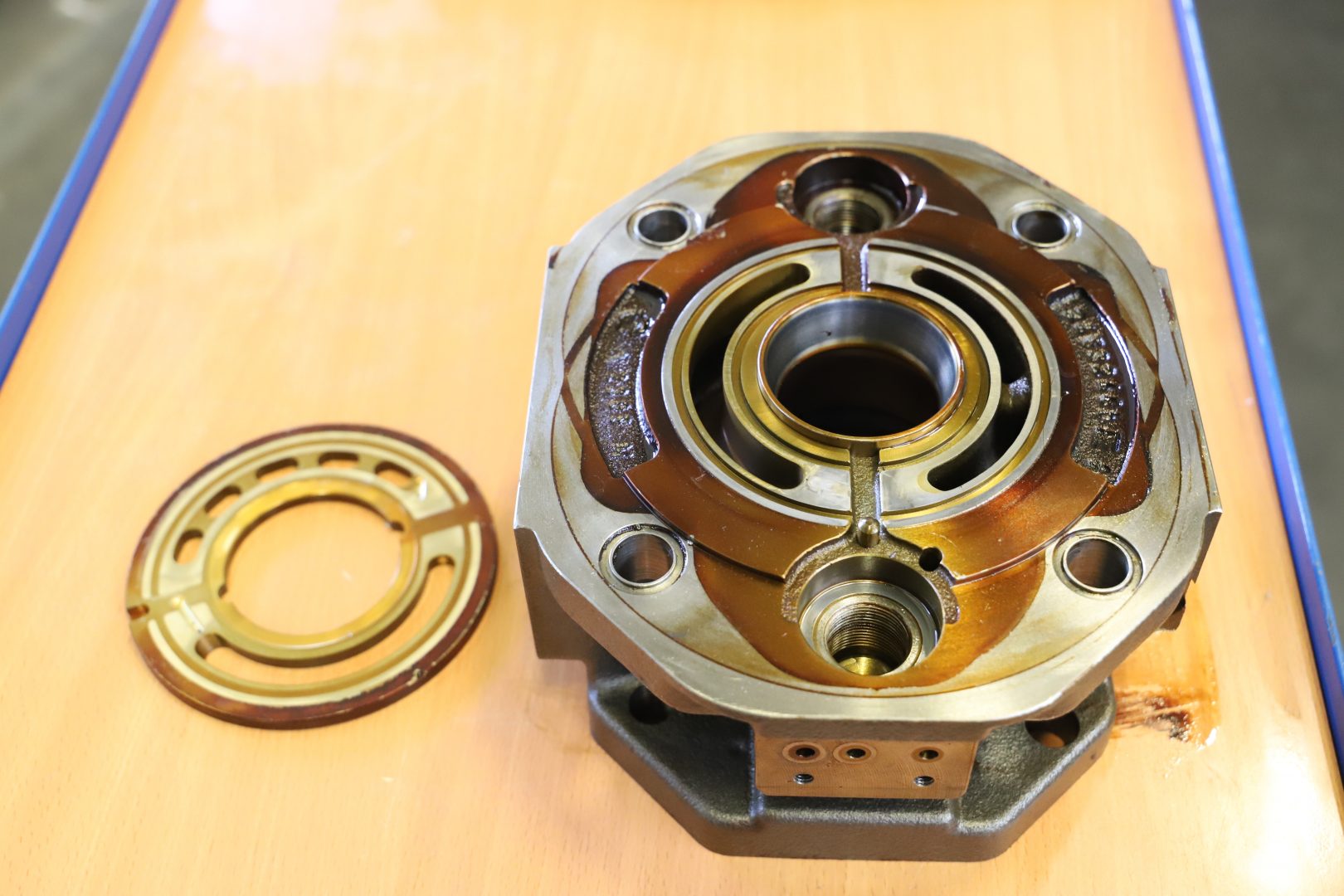 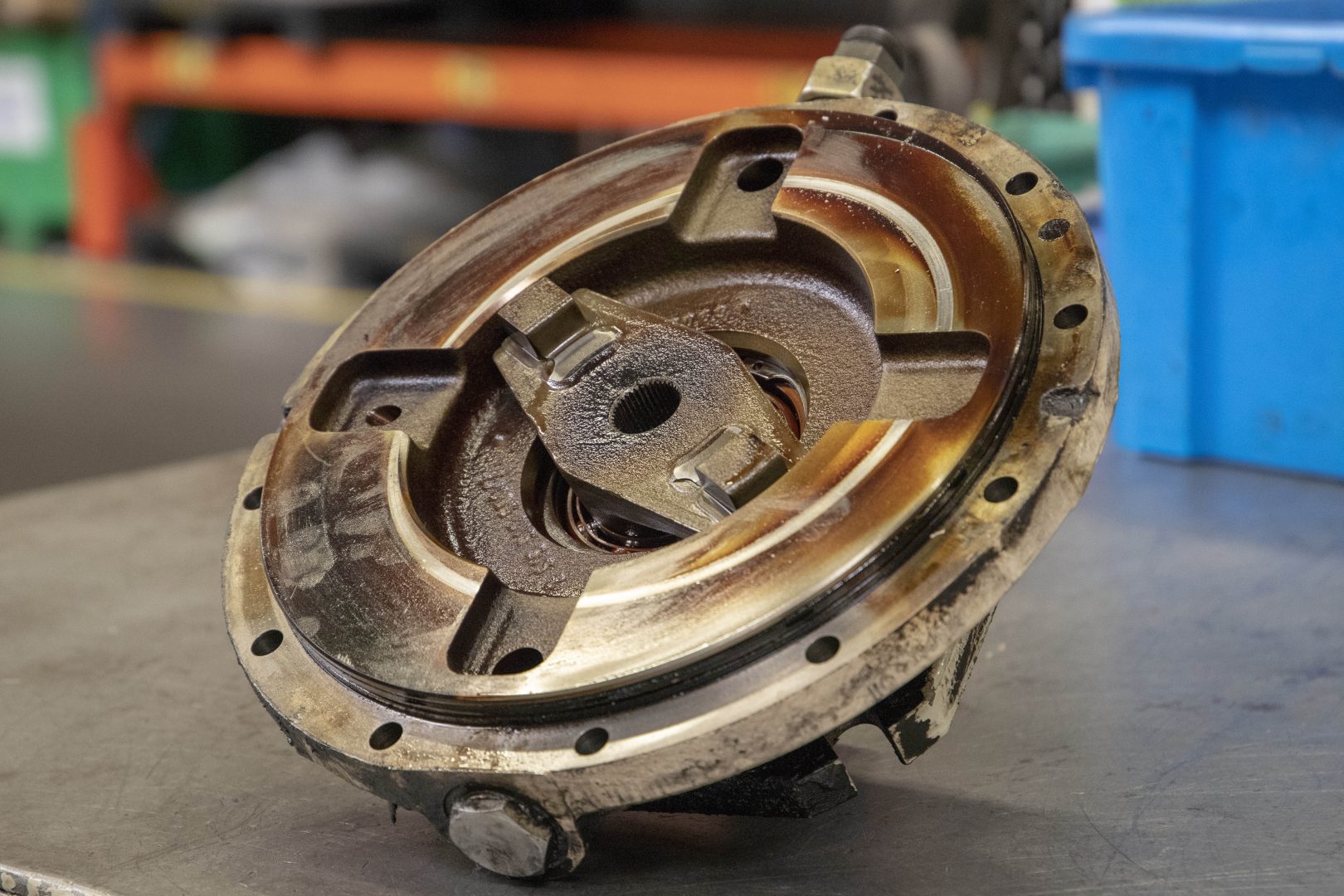 So varnish is formed by oxidation byproducts that overcome the solubility of the oil and due to thermal degradation from system hot spots caused by sparking.

Varnish starts as a sticky soft residue sticking to the metal and so preventing the anti-wear additives in the oil from attaching, thereby increasing wear of the component. Debris get stuck in the sticky varnish, causing the wear.

Varnish usually makes its presence known with poor response from hydraulic valves and by the need to replace filters more often because they are clogging up more frequently and this due to sludge and building up of varnish. All of this causes a reaction in the hydraulic system that results in erroneous operation, increased wear on hydraulic valves, pumps and motors, a shorter lifespan of the hydraulic oil due to higher level of oxidation, less efficient operation and increased downtime. Erratic operation of hydraulic actuators is regularly one of the first signs of varnish build-up. The cylinder will appear to be stuck sometimes, but it is the valve spool in the body that cannot operate freely.

How can we help ?

Our service team has a mobile varnish removal at its disposal, contact us for more information !

Our hydraulic service professional will after a thorough research in cooperation with the client, propose a tailormade solution which will fix your problem and which optimises the condition of your oil and the health of your hydraulic system and thus reducing your downtime.

Next to treating your system with a mobile varnish removal unit, we can install bypassfilters which contract the varnish and keeps it out of your system.

For more information regarding our hydraulic field service team click on link below:

This website uses cookies to improve your experience while you navigate through the website. Out of these cookies, the cookies that are categorized as necessary are stored on your browser as they are essential for the working of basic functionalities of the website. We also use third-party cookies that help us analyze and understand how you use this website. These cookies will be stored in your browser only with your consent. You also have the option to opt-out of these cookies. But opting out of some of these cookies may have an effect on your browsing experience.
Necessary Always Enabled
Necessary cookies are absolutely essential for the website to function properly. This category only includes cookies that ensures basic functionalities and security features of the website. These cookies do not store any personal information.
Non-necessary
Any cookies that may not be particularly necessary for the website to function and is used specifically to collect user personal data via analytics, ads, other embedded contents are termed as non-necessary cookies. It is mandatory to procure user consent prior to running these cookies on your website.
SAVE & ACCEPT